The History of Butsudan #1 Introduction and Ancient years

Generally, Butsudan consist of high-class timber, Urushi lacquer and metal. Any materials are expensive, and it’s produced sophisticated works by 7 – 8 craftsmen. So, it’s not cheap item. Instead of expensive, Butsudan would stay approximate 100 years.

This is Butsudan (it’s super high-class version). And normal type. 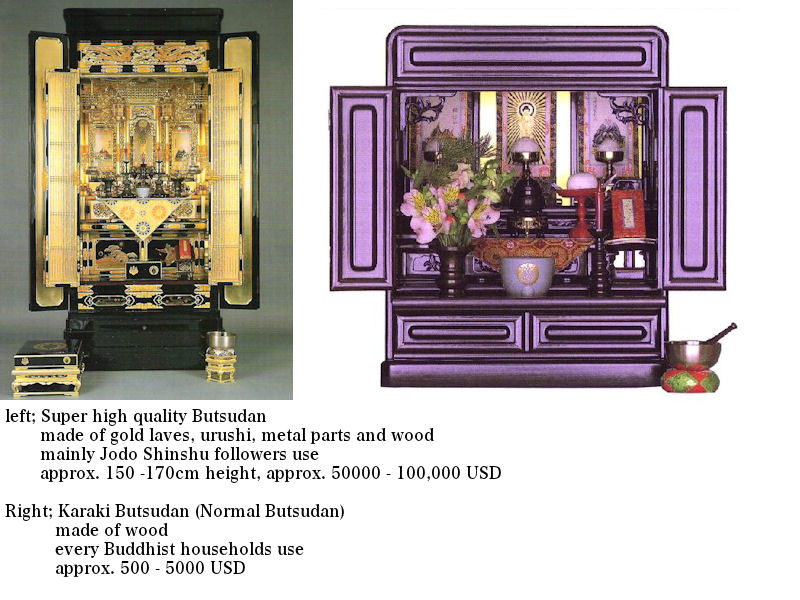 Butsudan and inner temple are made in imitation of Buddhism world, Mount Meru (Shumisen in Japanese). This is called Shumidan. 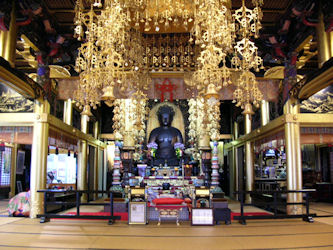 We have other similar items also, that’s called Butsugan and Zushi. It’s very difficult to define about Butsudan and them. Generally, Butsugan is space of dug wall (install statue at there). Zushi is the case of suitable for statue size.

In Japan, Shozon-Butsugan that was brought by Kobo Daishi is very famous. 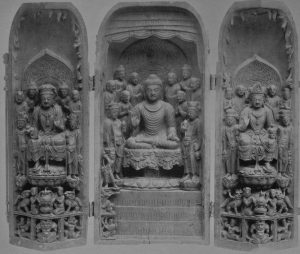 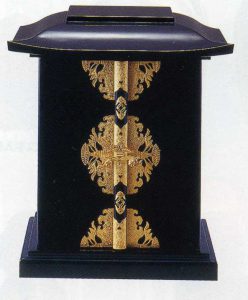 Sometimes Zushi is not cheaper than statue itself. Because Zushi have high-class timber, Urushi lacquer and metal.

Therefore, Butsudan is advanced Zushi.
And it’s like a miniature temple (The origin of Butsudan is temple).

The origin of Buddhism temple is considered the hill that put sacred item on after the death of Gautama Siddhartha in India.
Buddhism was introduced to Japan from Baekje (Korea) in 6th century. At same time, Zushi also came.

The famous Japanese Zushi is Tamamushi-no-Zushi in Horyu-ji temple at Nara. This Zushi is the oldest one in Japan.