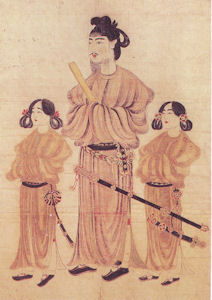 Prince Shotoku (573 – 621) was a great ancient Japanese politician and a regent of the Empress Suiko (the first Queen) in Asuka period.
He understood teachings of Buddhism and introduced it to Japan. He had an eye on politics based on Buddhism.
For that reason, his figure is an object of belief.

Especially, Jodo Shinshu school respect him strongly.
And also we can see the statue of Prince Shotoku’s childhood. 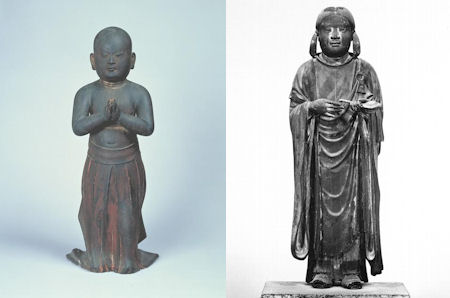 He established the world oldest wooden building, HORYU-ji temple at Nara and SHITEN-NOH ji temple at Osaka. In Shiten-Noh-ji temple, the festival and large-scale Buddhism rites are held on every 21st and 22nd. 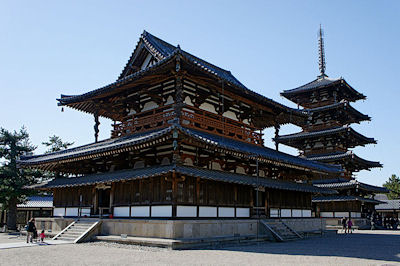 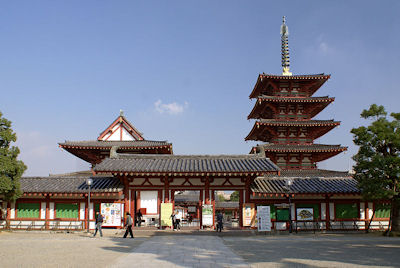 Episode about Prince SHOTOKU
At that time, China was the super power, and neighboring countries paid a tribute to Chinese dynasty to continue to exist.
Prince Shotoku, however, he had asked a tie of equal relationship with Chinese Sui dynasty.
He wrote a national official letter to Emperor Yang of Sui.
“The Emperor of rising sun (Japan) writes a letter to the Emperor of sunset (China)…”
Emperor Yang had gotten angry about the letter, but he had forgiven Japanese attitude after that, and established tie between China and Japan.