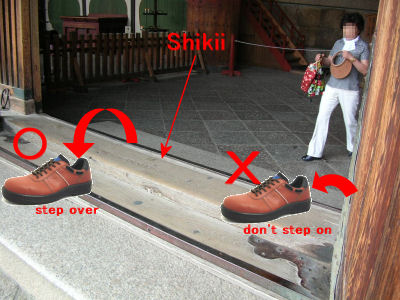 If the scale of temple is large, threshold is also large and high.
So, it’s hard to cross the threshold.

For that reason, this word (Shikii ga Takai) became an idiomatic expression.
It means difficult problem, hard to overcome. 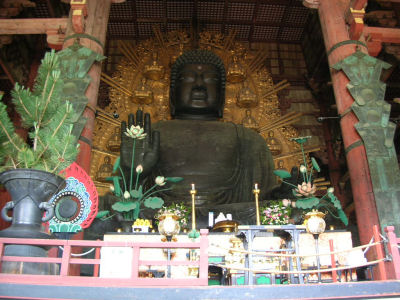 The world biggest copper Buddhism statue exists at Todai-ji temple in Nara.
Thresholds of Todai-ji are high and wide:)