The Founder of Shingon esoteric Buddhism!

Kukai, also known posthumously as Kobo Daishi (774 – 835), was a Japanese monk, scholar,?poet, and artist, founder of the Shingon or “True Word” school?of Buddhism.

In 7th and 8th century, Japanese knew Buddhism fragmentary. So, Imperial house decided to send some monks to Tang dynasty to study Buddhism perfectly. Kukai was one of them.
As he was excellent student, he was appointed as successor of Shingon Buddhism from Chinese monk, Hui-kuo. Therefore, orthodox Shingon Buddhism moved to Japan.
After returning to Japan, he propagated perfect Buddhism, he contributed to Japanese Buddhism. 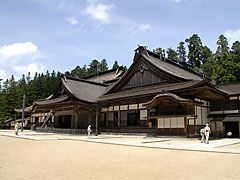 Shingon Buddhism’s head temple is Kongobuji temple at Mt. Koya in Wakayama, Japan.
It’s one of the largest temple. It’s the place where Kobo-Daishi is living at there still now (religious idea). Kongobuji is the most famous temple, because there are many graves of famous Samurai’s at there. They wanted to go beside Kobo Daishi after death.

Pilgrimage is still popular among temples related with Shingon Buddhism (followers of any religions can join this pilgrimage). 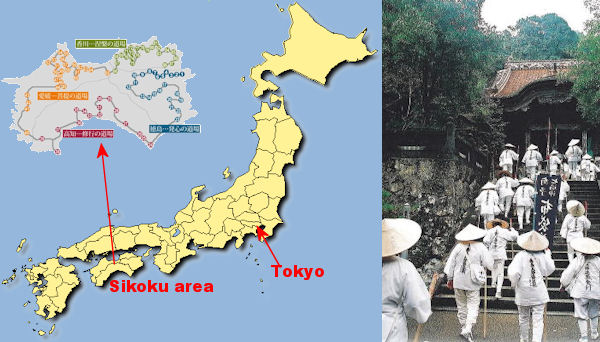 Other pilgrimages;
Saigoku 33 palces, Bando 33 places and Chichibu 34 places (total 100 Kannon) are popular among followers.
Saigoku is the Kansai area (Kyoto, Osaka, Nara, Wakayama and Hyogo pref).
Bando is the Kanto area (Tokyo, Chiba, Ibaraki, Saitama and Kanagawa pref).
Chichibu is the northwest of Saitama, Chichibu chain of mountains.
These pilgrimage is mixed with Shingon and Tendai temples.

Chinese Zen monk who had given strongly influence to Japanese Zen.

Ingen (1592-1673) is Chinese Zen monk in the latter of Ming Dynasty.
He’d come to Japan to take up top monk’s post at the Buddhist temple of Chinese town at Nagasaki, Japan. His Zen was Chinese Rinzai Zen mixed Zen and Nenbutsu. His Zen used to have been very influential, so he has been given permission to establish his temple by 4th Shogun, Tokugawa Ietsuna.

His influence had strongly given to the restoration movement of Japanese Rinzai & Soto Zen. 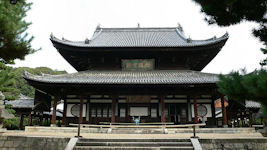 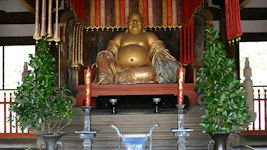